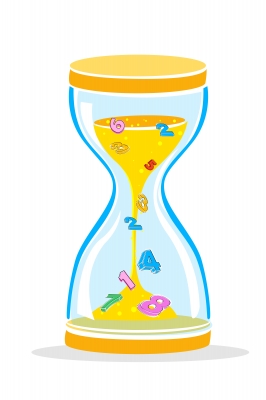 Nearly everyone in New Jersey has worked for someone else at some point in their lives. If you are one of the millions of people employed by someone else, then New Jersey’s wage and hour laws apply to you. But, many are unfamiliar with these laws, do not know how to fight back when an employer violates them, or that the employer is breaking them at all.

To help you, we have put together this short primer on NJ wage and hour laws with a few examples of recent news stories and cases related to each topic.

What is New Jersey’s Minimum Wage?

As of January 1, 2015, the standard minimum hourly wage in New Jersey was $8.38. However, employees who traditionally receive tips (such as food servers and valets) could be paid a lower rate provided that the wage plus the rate of tips for that position equals the full minimum wage for each hour worked. If not, the employer must pay the difference.

According to a recent story in NJ.com, failing to pay adequate minimum wages has landed one well-known NBA sports agent, David Sugarman, in hot water. His nanny said that while she received $500 per week, she typically worked about 65 hours. That amounts to a pay rate of $7.69 per hour. The suit arises after she was injured and lost her job, resulting in a lawsuit for worker’s compensation, back wages, and other damages. Sugarman has called the suit “frivolous,” but the case remains pending in court.

If you believe that your employer has failed to pay you at least a minimum wage, you may have a legal claim. Determine what you believe your actual pay was per hour versus what it should have been, and bring it to the employer’s attention. It may be an oversight, or there may be taxes or other withholdings that explain the difference. On the other hand, if the employer is wrong and fails to do anything to correct it, you may need to contact an attorney for assistance.

When Does Overtime Pay Begin?

After working 40 hours in a single week, eligible employees are entitled to overtime. But, not every job qualifies for overtime. The employer must be subject to the Fair Labor Standards Act (FLSA), and the position must qualify. While most employers would fall under the purview of the FLSA, some smaller operations may not. Similarly, a number of specific occupations are not protected under the FLSA. The following jobs do NOT qualify for overtime:

– Outside salespeople
– Those subject to wage garnishments or other orders of a court or administrative body
– Certain hotel employees
– Certain white collar employees
– Most farm workers
– Common carrier employees and limo drivers
– Summer camp personnel for non-profit or religiously owned camps that operate in the months of June through September.

However, not every activity constitutes “work” for purposes of determining overtime. A recent US Supreme Court case, Integrity Staffing Solutions, Inc. v. Busk, found that employees who had to pass through metal detectors at the end of their work shift were not entitled to overtime pay for the time they spent waiting in line. The Court reasoned that the time waiting in line was not an “integral and indispensable” part of their jobs. Thus, the nearly two and a half hours a week these employees spent waiting in line for a metal detector was completely free to the employer!

As a result, determining whether or not you are entitled to overtime payments can sometimes be a tricky situation. For more information about whether a particular employer, occupation, or activity would qualify for overtime, contact New Jersey attorney John. J. Zidziunas 973-509-8500.

No. New Jersey law does not require employers to provide breaks for most employees. The one common exception is that minors are entitled to a 30 minute lunch break after 5 hours of work. Federal law is also silent about providing breaks.

However, if an employer does opt to provide a break, a few rules will apply. If you are required to work through a break, the employer has to pay you for that time. In other words, they cannot give you something that has no real value. Similarly, you are entitled to be paid for any short breaks (20 minutes or less) that your employer provides; employers cannot force you to take unpaid breaks. Of course, the employee must be available to work during that short break, so leaving the workplace, even if for less than 20 minutes, might mean you are not entitled to be paid for that time.

If You Believe You Have a Wage or Hour Claim, the Time to Take Action is Now

When employers violate these legal requirements, it can leave employees feeling powerless. First, it is important to understand that you are not powerless. You have rights, and you have the power to enforce those rights. In fact, in the case of Reily v. Quick Care Medical, a New Jersey court affirmed that employees who file wage and hour claims against their employers are protected from retaliation, either in the form of firing or other “disciplinary” action, by that employer.

Thus, you are protected from retaliation if you need to enforce your rights, and the only person harmed if you hesitate to do so is you. If you believe your employer has violated one of these provisions, you need to contact NJ labor law attorney John. J. Zidziunas. Call today, toll free, at 973-509-8500, and get the advice and legal assistance you need.

Image courtesy of digitalart from FreeDigialPhotos.net