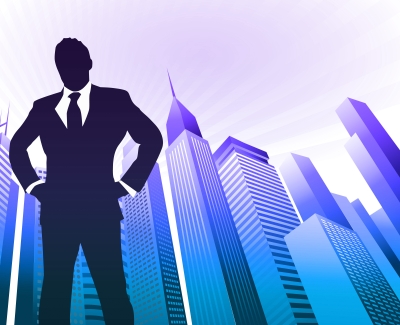 A former NYG Capital employee, Hanna Bouveng, sued the Wall Street firm for sexual harassment. She accuses the multi-national, billion dollar company of sexual harassment and unlawful termination based on the behavior of CEO Benjamin Wey. The suit accuses Wey of being a “virulent sexual harasser and stalker.”

Bouveng alleges that she was subjected to a variety of illegal sexual harassment, including quid pro quo harassment and creating a sexually hostile work environment during her employment from October 2013 through her termination in April 2014. She alleges that during her employment she was subject to unwanted groping, sexual commands, assaults, and stalking. Eventually, she states that she was terminated for failing to comply with Mr. Wey’s demands.

According to the complaint, the inappropriate behavior began right after she was hired. Bouveng states that she was told her conservative wardrobe was inappropriate, and Mr. Wey purchased her tight skirts and low-cut shirts to wear instead. The behavior quickly escalated, and Bouvang stated she was subject to unwelcome touching and kissing on a weekly basis. Over time, Mr. Wey began to pressure her to spend dinners together purportedly to discuss business.

The lawsuit also alleges that Mr. Wey made inappropriate remarks about Ms. Bouveng’s body both to her directly and around her colleagues causing her embarrassment. He would frequently complain about the lack of love in his marriage and his need for physical affection. He would only book a hotel room with a single bed for business trips. For over four months, Ms. Bouveng alleged that he would ask her for sex on a nearly daily basis, despite her strong and regular refusals.

Beginning in February, 2014, Bouveng described Mr. Wey’s increasingly intense stalking and threatening behavior. He threatened to fire her, ruin her career, and have her visa canceled if she did not comply with his advances. Ultimately, Ms. Bouveng was fired from the company. Even after her termination, Mr. Wey continued to contact her and send inappropriate messages to her family and friends.

Bouveng filed suit against both Mr. Wey and her former company alleging multiple counts of sexual harassment, gender discrimination, assault, battery, intentional infliction of emotional distress, defamation, and stalking. No one deserves to be treated as Ms. Bouveng described. Sexual harassment can occur at companies of any size in any industry.

If you think you have been a victim of sexual harassment, contact an experienced attorney as soon as possible. The law firm of John J. Zidziunas & Associates has a team of NY sexual harassment attorneys that can confidentially review your case and explain your options. For further information, call 973-509-8500, email info@jjzlawfirm.com, or visit http://employmentdiscrimination.com/.