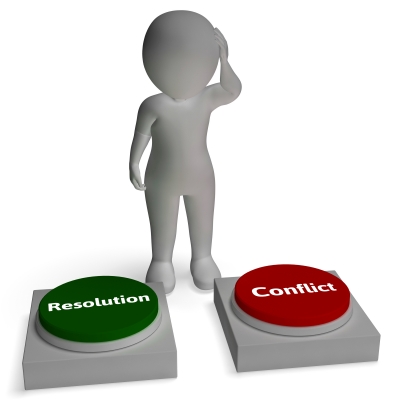 In almost every legal proceeding, the term “mediation” will come up sooner or later. Unfortunately, the process of mediation is commonly misunderstood by many, despite being an immensely useful tool for settling legal disputes. So, what is mediation, how does it work, and what should you expect?

There are many definitions of mediation, most of them very similar, but a particularly elegant one is that set forth by the U.S. Equal Employment Opportunity Commission (EEOC):

Mediation is an informal and confidential way for people to resolve disputes with the help of a neutral mediator who is trained to help people discuss their differences. The mediator does not decide who is right or wrong or issue a decision. Instead, the mediator helps the parties work out their own solutions to problems.

How Does Mediation Work?

The exact procedure a mediator chooses to follow can vary from case to case, but generally they follow a similar format. The mediation usually begins with a general meeting of the parties and the mediator. After the mediator explains the process to the parties, each side is given the opportunity to explain its position and the negotiations begin. The mediator will then typically move each side into separate rooms—sometimes called “caucuses”—to allow candid discussions between the mediator and the party. This usually leads to a process by which the mediator collects a settlement offer from one side, conveys it to the other, and then returns with a counter-offer. This process can continue until a settlement is reached or the parties remain too far apart and ask to end the mediation—also known as “declaring an impasse”.

In some cases, when the parties are very willing to compromise, mediation may take just an hour or so. However, in most cases, mediation can take several hours or even several days. While this can become expensive with attorney and mediator fees, it is usually far less than the amount required to litigate a case all the way through trial.

What to Expect During Mediation

Everything discussed during a mediation is confidential. Nothing said can be used against either side in later proceedings, and the mediator may not be called to testify about anything that occurred during the settlement negotiations. Parties may have their attorneys present throughout mediation, and are never obligated to speak with the mediator or another party without their attorney present unless they agree to do so.

The mediator has no ability to force a settlement to occur. Although court ordered mediation does involve a requirement that the parties mediate in good faith that does not mean a settlement must occur, or that the mediator is empowered to decide anything.

While the mediator cannot force a settlement, most mediators stress that settlement can be a powerful tool for resolving legal disputes. This is due to the fact that when parties reach an agreement between themselves they remain in control of their own destinies. On the other hand, parties that go to trial lose that level of control, instead having to rely on a third party to determine what is appropriate. Thus, mediation often represents the parties’ last opportunity to determine their own fate in a legal dispute.

Need Help With Your Mediation?

Although mediation does not require an attorney, it would be most wise to have one. John J. Zidziunas & Associates can help you prepare for mediation and represent you through the process, taking all of the guess work out of it for you. Contact us today for a free 30 minute consultation, by email or by calling 973-509-8500.