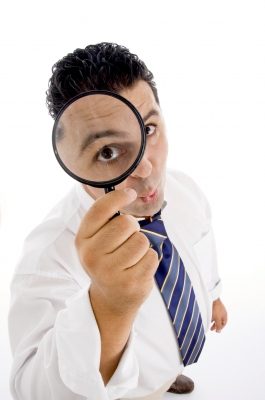 Whistleblowing Elements You Need to Know About

Filing a whistleblower claim requires you to get an attorney who is seasoned and experienced in bringing forth those sorts of actions against offending employees. Luckily, the law behind a whistleblower case is clear and can guide you in knowing the type of offenses that can lead to a successful claim.

There has to be a financial loss either to the government (in the case of False Claims Act and related legislation), to investors in securities and commodities fraud (in the case of the Dodd-Frank Act), or damage to specific employees or the public at large.

The evidence must be concrete and specific. Suppositions and mere speculation are not enough to merit a whistleblower claim. The claimant must be able to identify the who, what, where, and how of the fraud, and evidence documenting the fraud greatly increase the chances that there will be government action.

The whistleblower must be the first to file the claim. A “first to file” rule precludes a claimant from filing a lawsuit if, based on the same facts, another whistleblower has already filed a claim. This is very important as to why you should contact an experienced whistleblower attorney in New Jersey as soon as possible if you think you have a claim.

Finally, there is a time window within which a claimant can file a whistleblower lawsuit. The Statute of Limitations can range between three years and six years. Thus, another important reason to consult with a whistleblower attorney in New Jersey to know whether a claim is ripe for filing.

In a recent case of a claimant successfully litigating a whistleblower lawsuit, a New Jersey hospital technician was awarded $2 million in punitive damages, $80,000 in lost wages, and $60,000 for pain and suffering. In the lawsuit, the claimant was able to provide proof of all elements of a whistleblower lawsuit. Ceferino Doculan, the hospital technician, convinced the New Jersey jury that the hospital sustained financial loss after the hospital’s blood bank had hired a supervisor without the proper credentials for the position. Mr. Doculan brought the information to the hospital and was promptly fired. Following his dismissal by the hospital, Mr. Doculan filed a complaint with the state regarding the unqualified supervisor and with the state’s approval, the supervisor was transferred.

Doculan’s lawsuit is an extraordinary case where a jury awarded millions of dollars to a single complainant and shows that with proper documentation, timely claim filing, and strong evidence, an employee should not be afraid to take on a powerful employee.

If you suspect that your employer has been misbehaving or you have been retaliated against because of actions protected by whistleblower legislature, we urge you to call New Jersey whistleblower attorney John J. Zidziunas. Mr. Zidziunas is an experienced attorney who will aggressively defend your rights as a whistleblower. Call 973-509-8500 for a consultation.

Image courtesy of imagerymajestic from FreeDigitalPhotos.net