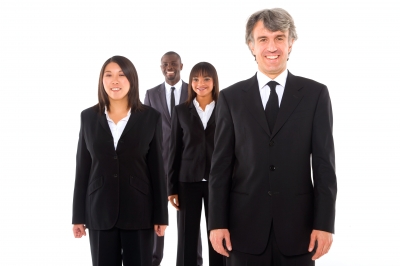 In 2012, Pepsi Beverages Co. settled such a case with the Minneapolis office of the U.S. Equal Employment Opportunity Commission (EEOC). Pepsi agreed to pay $3.13 million and provide job offers and training to 300 African-American job applicants across the U.S. who applied for positions between 2006 and 2010. Prior to 2010, Pepsi had a policy of not hiring workers with arrest records. The policy denied employment to applicants who had been convicted of minor crimes and applicants who had been arrested but not convicted of crimes. The EEOC found that the policy disproportionately excluded African-American applicants from permanent employment with the company.

Did most applicants of my race not get hired?

An experienced racial discrimination attorney can help you determine whether a significant number of applicants of your race failed to get hired, promoted, or become eligible for incentives. It is a violation of Title VII of the Civil Rights Act of 1964 to discriminate based on race. This law also prohibits discrimination based on color, religion, and national origin, which are all factors related to race. Pepsi violated Title VII when it instituted a policy excluding all applicants who did not pass its criminal background check. The EEOC alleged that Pepsi’s hiring policy did not relate to the qualifications for the positions and was unreasonably broad. The EEOC recommended that employers should take into consideration the nature and gravity of the offense, the time that has passed since the conviction and/or completion of the sentence, and the nature of the job sought.

What if I got hired, but can’t move up?

Do I have to be a member of a minority group to suffer racial discrimination?

You do not have to be Black, Hispanic, or a member of a specific racial group to suffer racial discrimination. There are many suits across the U.S. involving racial discrimination against White employees. Some of these suits reveal a “Hispanic preference.” Employers in industries ranging from hospitality to printing have fired, demoted, or refused to hire Black and White workers. Such employers have attempted to justify their choices by arguing that Hispanic employees will work harder and complain less. This is illegal. You can also suffer discrimination if you are biracial, or of mixed race. Contact an attorney when you believe race is a factor in your success at work.

If you have been demoted, fired, or excluded from employment because of your race, you may be entitled to a monetary settlement, a job offer, and job training. If you need help with an employment law violation, contact a racial discrimination attorney in New Jersey at: (973) 509-8500. Image courtesy of Ambro from FreeDigitalPhotos.net