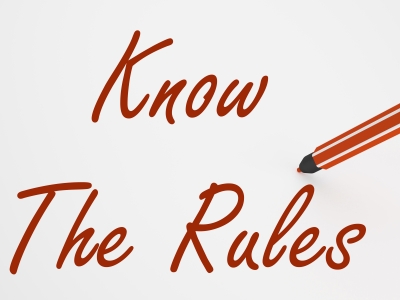 A non-solicitation clause may be part of the employment agreement you sign with an employer. It may also be a significant section in a non-compete agreement. In either case, you need to understand the impact of signing an agreement prohibiting you from reaching out to customers and business contacts you meet while working for a particular employer.

Solicitation means you call or email or contact a person, company or organization in order to conduct business sometime in the future. So, non-solicitation clauses intend to stop you from those prospecting activities. An employer wants to protect its business contacts and control you from using them for your own gain, or the gain of a future employer or other entity.

There is no legislation controlling non-compete agreements in the state of New Jersey, so courts rely on the principle of fairness in general, and on precedents established by previous court decisions in NJ, in other states and by federal judges as well. Non-solicitation clauses are a well-established feature in the area of non-competition agreements, and their effects are scrutinized from the perspective of both sides in any lawsuit.

Practically, non-compete clauses and agreements are drawn up by the employer for its own protection. They are not designed to protect you. Courts are well aware that non-solicitation agreements work in the interest of the employer, not the employee, so it first becomes a matter of fairness to the employee and then, secondly, a determination of possible harm to the employer, usually in that order.

How is a Non-Solicitation Clause Different From A Non-Compete Clause?

Essentially, courts in New Jersey treat non-solicitation clauses the same as non-compete agreements because of their similar purpose and effect. While they may not be as broad in scope as non-compete clauses, they are drafted by attorneys working for employers, for the purpose of protecting the employers’ legitimate business interests. Customer lists and relationships, as well as supplier, trade and professional relationships can be valuable assets to any company, and therefore a court usually sees them as legitimate business interests worth protecting.

If, in your position at the company, you accumulated working knowledge of the customer, trade and professional contacts your employer or former employer holds dear, you pose a potential threat because you might compromise those contacts and that employer might lose money. Your former employer may have reason to think you’ll exploit the business contacts you made under its employment, or it may simply fear what you’ll do in the future.

In either case, your former employer may decide to sue you under the non-solicitation or non-competition clause in the agreement you both signed.

New Jersey courts recognize that non-solicitation clauses are less restrictive than non-competition clauses. The former addresses only the access to and use of customer, supplier and other professional contacts, while the latter covers much more. In other words, a non-compete agreement can keep you from going to work for your former employer’s competition, whether or not you have knowledge and relationships with its customers, etc. A non-solicitation clause only restricts you from contacting people and groups of people your former employer values and wants to protect.

Understanding the legal consequences of signing an agreement containing a non-solicitation clause is something you may want to explore with an experienced NJ employment law attorney.

John J. Zidziunas & Associates will provide you with expert help in your New Jersey employment law matters, including representing you in non-solicitation conflicts. Contact us for a 30 minute consultation at no charge, by email or by calling 973-509-8500.